Walking around punch-drunk the on day after the 2016 presidential election, my girlfriend, Paula and I thought it would be a good distraction to go to a movie and forget all about the trauma of 8-11. We headed to East Providence, RI and pulled into a parking lot that was disturbingly empty; though it was, after all, three or four o'clock on a rainy Wednesday afternoon in November. It was all so surreal. And would soon be getting a lot more surrealler. Wikkid soon. 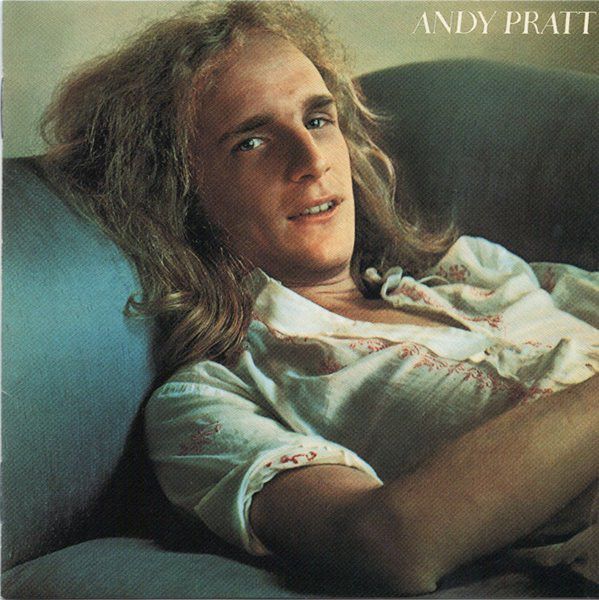 The young man behind the counter was a short stocky fellow, stylishly dressed, moderately friendly and had a certain enthusiasm for his job. It was refreshing. He reminded me a of a riverboat gambler. He had longish hair and a very full, strikingly well coifed beard. Wore a dressy shirt with a vest. He might not have been wearing a pocket watch that day, but he does in today's version. Think: Leonardo DiCaprio in Django Unchained. Our conversation was a bit stilted, despite how hard I tried to appeal to his sense of humor with my irrepressible charm. He was preoccupied with taking his job seriously. I was happy for him. 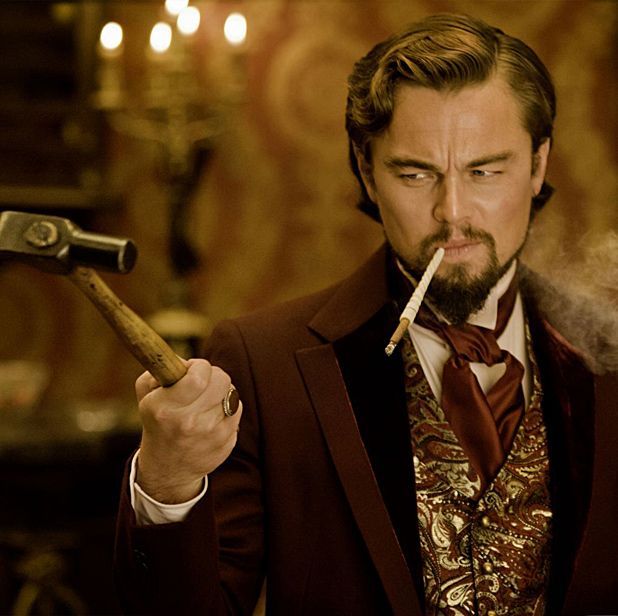 We were getting popcorn when out of nowhere, a tall, lanky, weathered man in his late 60s or so, appeared wearing jeans, a denim shirt and sporting some wild white/grey hair like Brillo pads over his ears and quite recedent on top. He must've come out of one of the theaters. He handed Paula a dark blue business card that said ‘Andy Pratt, Rock Legend’ and he said that he was playing at a place in nearby New Bedford, MA that night. I said, “You’re Andy Pratt! I remember you! Avenging Annie!” Paula told him enthusiastically that I was a musician, too! But Andy Pratt didn’t give a shit about that. And that didn’t bother me either. I’m sure he gets a lot if that. 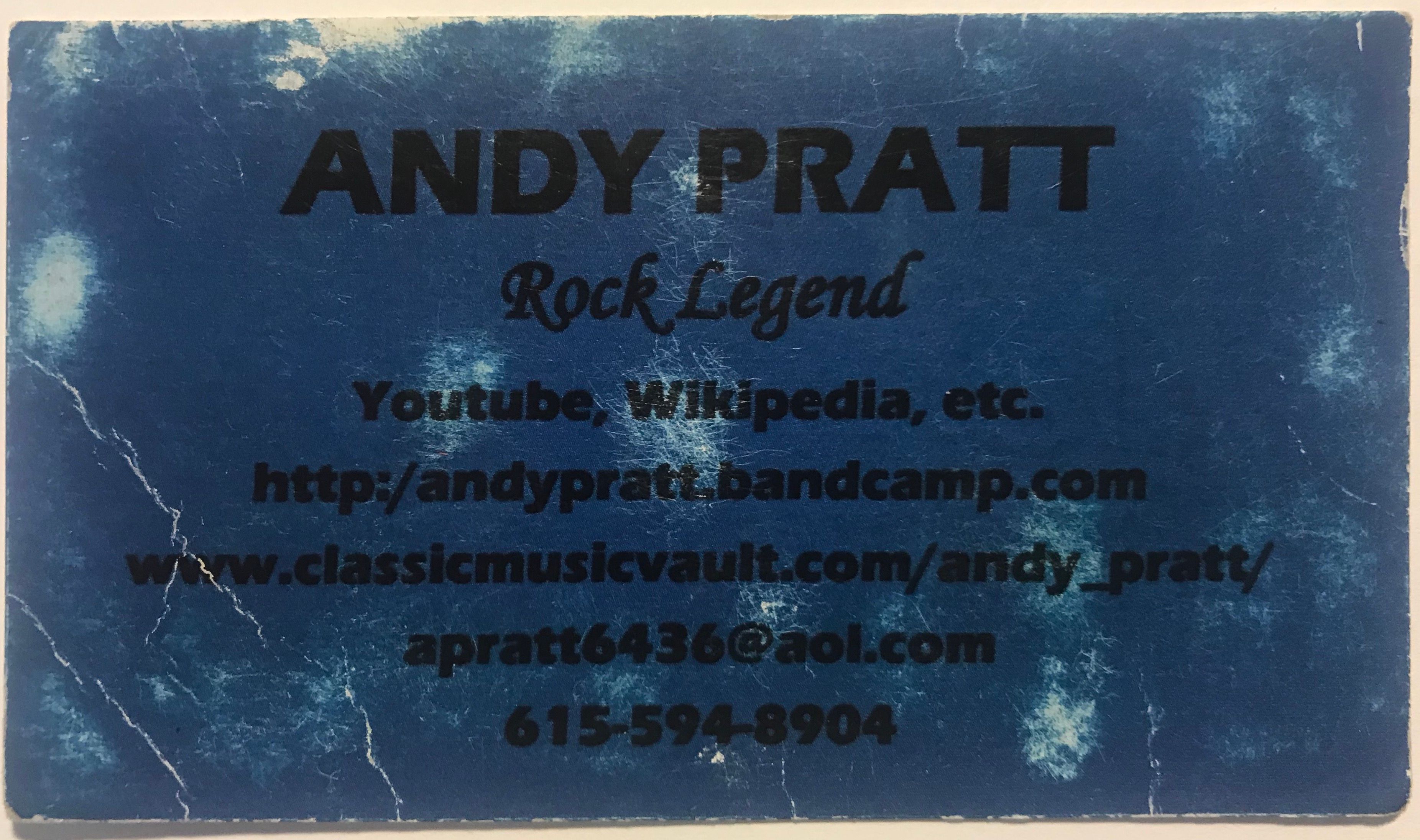 Anyway, he proceeded to order snacks from Sartorius, The Presentable.

Andy Pratt then turned toward me and said something like, 'Who are you going to go see?' I thought he was saying something like, 'OK. I’ve told you where I’m playing tonight, so who are you going to go see?' Not wanting to disappoint, while fairly certain that I was never going to drive to New Bedford later, I very tentatively said, 'Andy Pratt? …. Later??? …. Maybe???????' He stared at me oddly for a second then turned away, grabbed his snacks and headed back into his theater. It was awkward.

Much later, I thought about our exchange and came to realize he said, 'What are you going to go see?' meaning, 'Which movie are you seeing?'

I still get embarrassed when I recall this exchange and how disappointed Andy Pratt must be with me. His newest musical friend, no less.

The movie, The Queen of Katwe, was an inspiring tale about a young girl from an impoverished village in Uganda, who becomes a chess prodigy. It was a tale of struggle and triumph. Considering that we had just elected a guy who had won, in no small part, by appealing to bigotry, it was indeed a great escape from our broken state of mind.

After the movie, we headed out into the dark. Andy Pratt was standing about 100 feet from the doors and facing away, not on the sidewalk, but not quite in the parking lot either. He was texting intently. An older woman was walking by with a cane and as she passed him, he tried handing her a business card, but she wanted no part of Andy Pratt, Rock Legend. He eventually made it to his car and was last seen still texting furiously as we drove away. It was all so surreal. Our heads were on sideways to begin with so everything was perceived through a haze.

Of course, I had to go back and listen to Avenging Annie. The song had come into my head occasionally, but I hadn’t heard it in easily over twenty years. When I put it on, I was quickly reminded of how ambitious a piece it was. His piano playing is stellar. The production, recording, and performances are all outstanding. Produced by John Nagy at Aengus Studio in Southborough, MA in 1973, I never knew it was a local recording. I just thought it was an interesting and unique song on the radio.

I think Andy showed great courage in singing a song as a female character. American men just don’t do this (especially back then) unless it’s parody. I’m sure the falsetto helped with the gender-crossing while also driving some people crazy. I, for one, thought his falsetto sounded great.

I’ll always be grateful for my little encounter with Andy Pratt. It renewed my appreciation for Avenging Annie, a piece inspired by a Woody Guthrie folk song about Pretty Boy Floyd. In my mind it will forever be tied to The Queen of Katwe, a movie that gave me respite from the trauma of 8/11.

And I sometimes wonder if Andy ever thinks back to ‘our special time’ and loses himself in his version of our great exchange:

'What movie are you going to go see?' 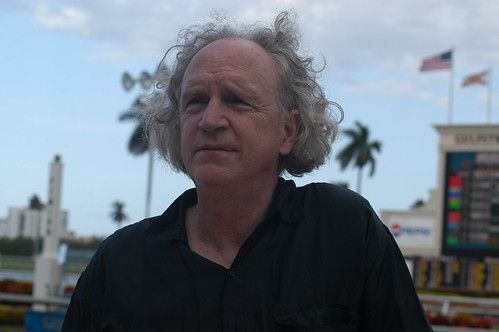 Andy Pratt - "Boy, was that short 'musician' an idiot or what?!"